Kew Gardens Festival of Cinema is proud to announce the winners of its 2nd annual event that took place from August 3-12 at Regal Cinema’s UA Midway in Forest Hills, Maple Grove Cemetery in Kew Gardens and at the Queens Museum in nearby Flushing Meadows Corona Park. From a pool of nearly 400 film submissions, the festival presented 110 remarkable films from 25 countries. Winners for each competitive category were chosen by the festival’s specially selected jury, and received a unique statuette at the Awards Gala on Sunday, Aug. 12 during a dinner ceremony that took place on the rooftop penthouse of the world-famous Terrace on the Park in Flushing Meadows Corona Park.

And the winners were:

GALA PHOTOS!
The weather held up!  The Gala attendees enjoyed incredible night featuring an amazing 180° view of Queens and all it’s major landmarks atop the penthouse of Terrace on the Park.  Filmmakers and special guests in attendance had the opportunity to network and enjoy a delicious dinner as we announced the winners from over 15 categories!
Check out the photos of the winners here and more photos on our Flickr! 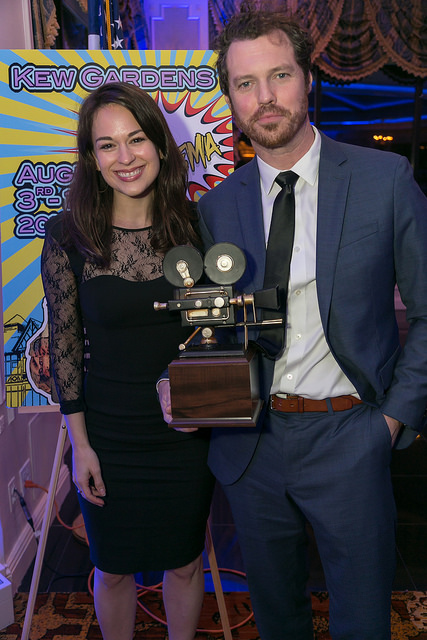