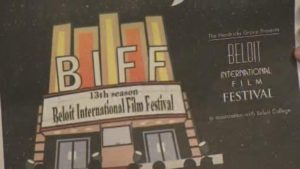 Beloit International Film Festival is a ten-day tribute to the power of film and the excitement of independent film from around the world. Local residents and visitors from across the nation fill venues, ranging in size from 40 to 400 seats for more than 100 films, and to meet scores of filmmakers who come from throughout the U.S. and as far away as Europe, Asia, and Latin America.

BIFF celebrates filmmakers in all genres, features, documentaries, shorts who enjoy the Beloit setting as much as the attendees do. BIFF promises crowds of interested viewers filling venues, questioning them at the films, and stopping them on the street to talk about their shared passions and projects in independent filmmaking.